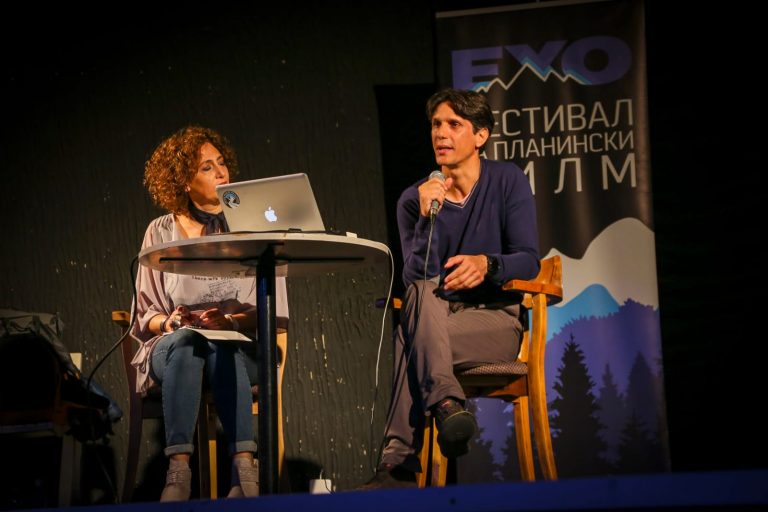 A very rich participation of audience was recorded at the EHO, the Mountain Festival, held in Skopje, Macedonia, from the 28th of October to the 1st of November. The about 350 films presented have been selected not just with a focus on the storytelling of mountaineering performances, but above all on the environmental and cultural value of their message: “Mountain environments – says Fabiano, who has just returned from Macedonia – are not only a playground for sporting endeavours, but also places rich in traditions and culture. Moreover, because of their delicacy and fragility, their territories that have to be carefully observed, protected and safeguarded. It is for this reason that the Festival has chosen to present the project “On the Trails of the Glaciers” and to screen the documentary ‘Mission to Alaska’“. The Festival has reached great success in terms of audience since its first editions, and it is not by chance that it is considered the second most important Balkan mountain festival. Just think that at the presentation evening of the 28th of October almost thousand people participated in the largest movie theatre in Skopje. Fabiano presented his project to a large and interested audience, was a guest of the Italian Ambassador to Macedonia, Fabio Cristiani, and met the President of the Republic of Macedonia, Stevo Pendarovski.