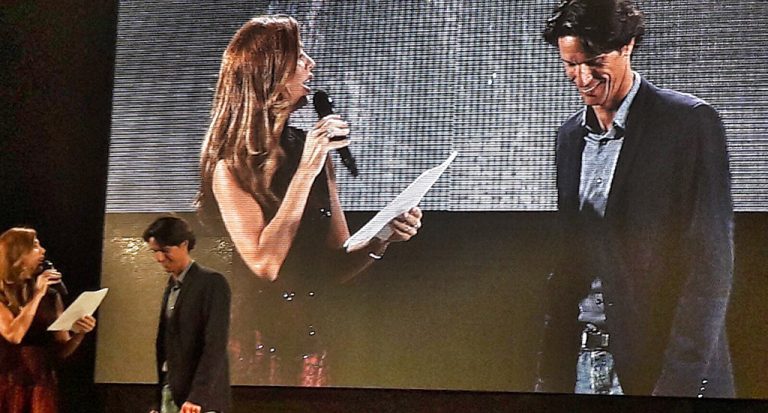 The documentaries made during the project expeditions On the trail of the Glaciers received a Prize to Scientific Value.
The awards ceremony took place on September 23 during the 17th edition of the International Festival of Natural and Environmental Cinema of Teramo.

This is what the jury reported on the series of documentaries: “A deep study of photographic images taken by great explorers over a hundred years, the use of modern GPS systems, a widescreen camera and the crew of the SD Cinematografica he followed Fabiano Ventura to tell his journey on the tracks of the Glaciers, these ingredients for these three beautiful documentaries. There are stories where the beauty of the landscape is joined by step by step, the thirst for knowledge and research for the preservation of the human species and the environment. “