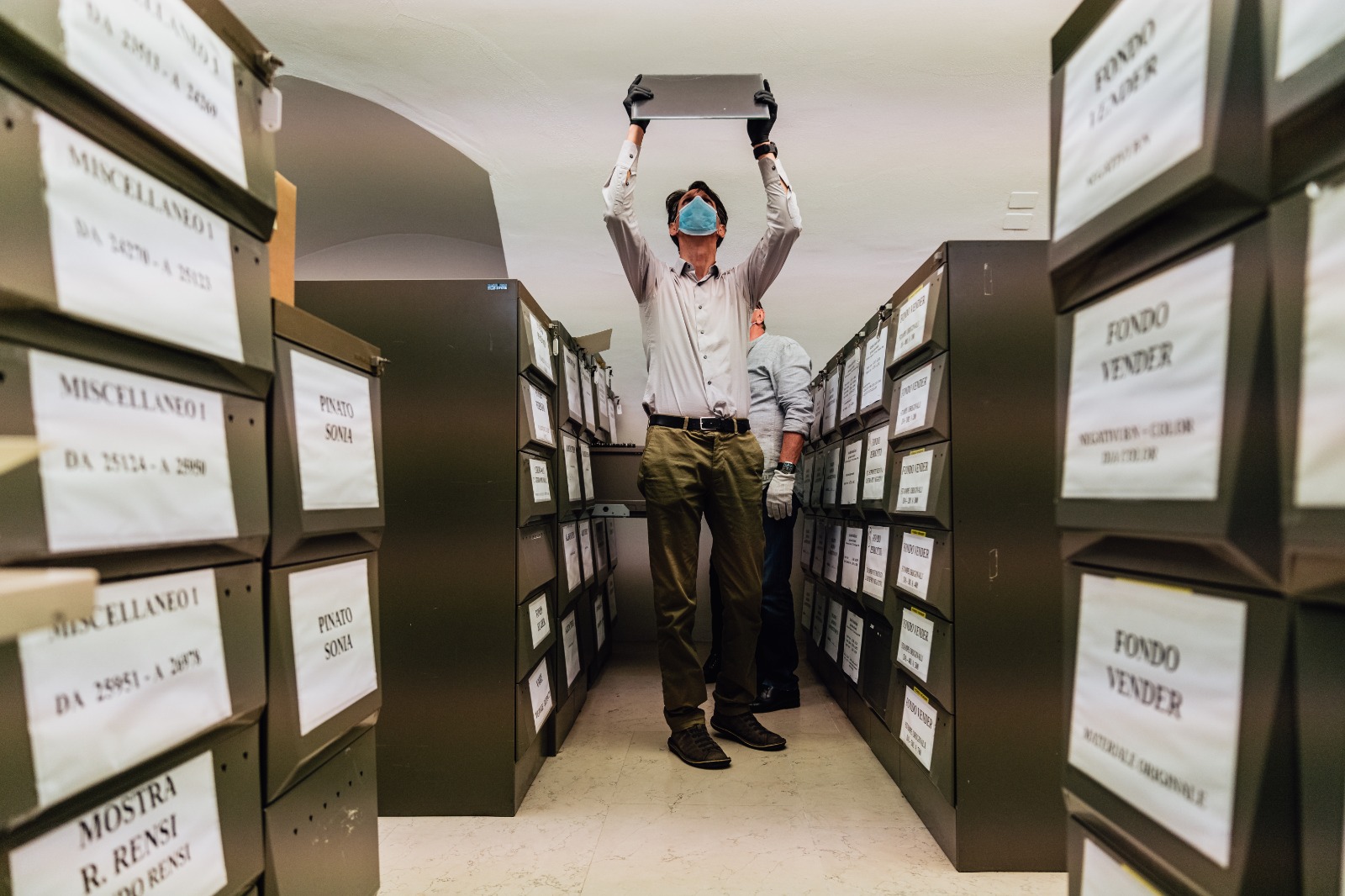 As soon as the lockdown mesh was loosened, I resumed the iconographic research work for the Alps 2020 expedition that started about 2 years ago.

I was supposed to come here in Trento in March and April but, due to the healthcare emergency, I postponed the visit to the Historical Photographic Archive of the Superintendence of Fine Arts to June.

I looked at the photos of the Unterveger fund, those of the Garbari brothers and the Pedrotti brothers and I found very important reference points for the shots I will take this summer in the Trentino mountains.

Finally, I saw the photos of the four Pedrotti brothers, who lived until the last years of the 20th century, gave life, and animated the most important and internationally recognized photographic atelier of the 20th century in Trentino.

In this archive, I found people that, with great passion and professionalism, guided me in my work, starting from the Superintendent Franco Marzatico. He recognized the great value of the iconographic research carried out in the framework of the project “On the Trail of the Glaciers”, facilitating the consultations.

Below is the video of the iconographic research and the photogallery.