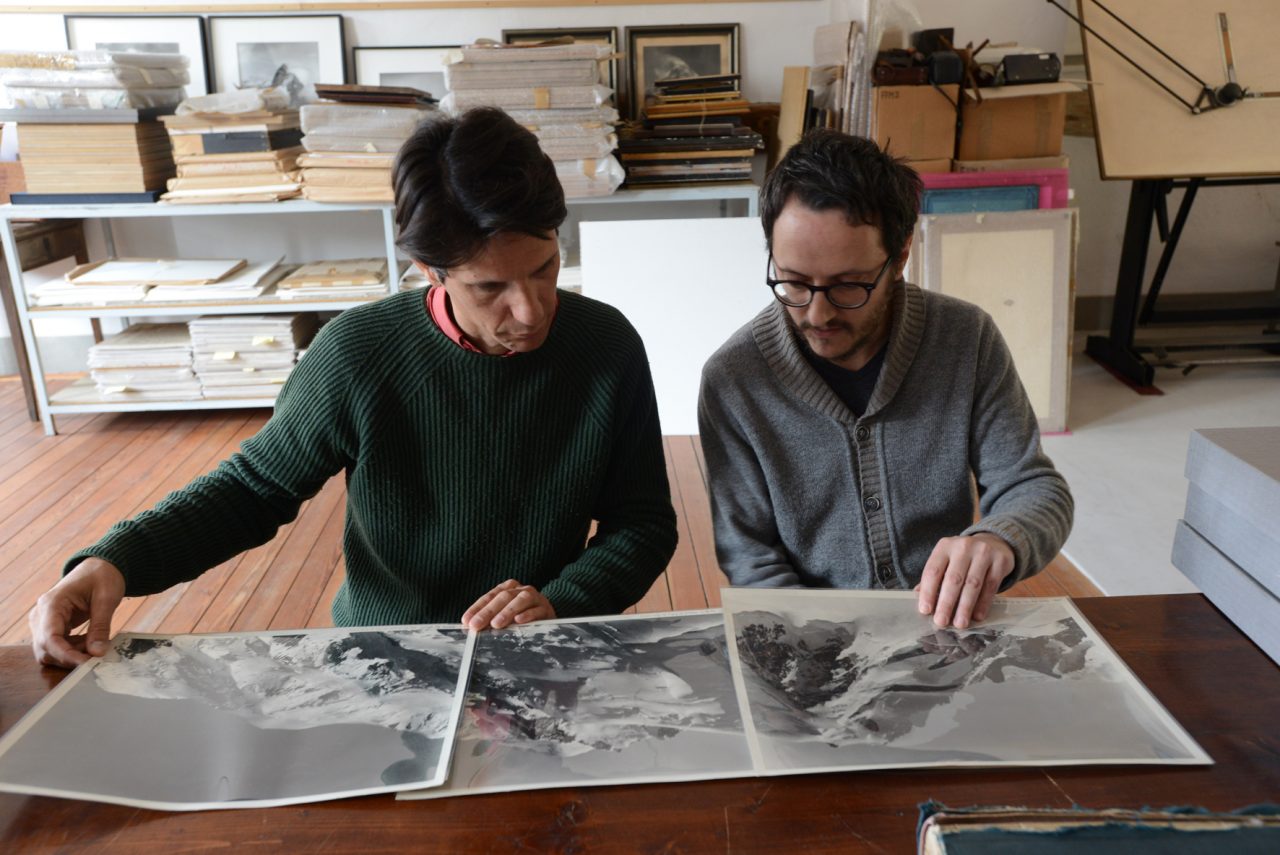 My new visit to the Sella’s Foundation could not be less exciting and thrilling than I expected. A confirmation of the very rich iconographic heritage, which never upsets me, despite my repeated visits.

The Foundation stores, among others, the Vittorio Sella’s Fund, the main landmark for mountain photography: his work dedicated to the Alps is made up of more than 1,000 photos taken between 1880 and the early 20th century. In addition to that, there are 5,000 plates and films dedicated to the Alps but also to expeditions outside Europe, in which Sella took part since 1889.

Besides being a strong mountaineer, Vittorio Sella was a great photographer and his peculiarity consisted in working with big format cameras up to 30×40 cm. His high quality production inspired generations of photographers and mountaineers, who used his photos to better understand the possible climbing ways to still untouched mountains, beside their obvious scientific value, if you just think of their use for photographic comparisons. Indeed, the use of big format plates allows high resolution and, thus, the observation of details and the possibility to make very high enlargements and prints of remarkable size. His panoramic photos are of unparalleled value: thanks to the production of various pictures, partially overlapped, one can obtain a landscape overview from a mountain summit, like the popular 360° panning shot of the Matterhorn summit during the “Alps 2020” expedition. Just the thought of repeating such photographic adventure makes me excited.

However, my visit at the archive of Biella was not just a journey in Vittorio Sella’s photography. I also viewed Emilio Gallo’s photos and, above all, I started to take a look at the Agostino Ferrari’s Fund, composed of more than 100 albums. Ferrari was director of the Italian Alpine Club’s magazine between the late 19th century and the early 20th century and collected photos sent by various photographers to be published in the magazine, this way creating a fund of 40,000 photos, 35,000 of which dedicated to the Alps.

A long selection job waits for me and I will surely have to come back to the Foundation to follow up the work for various days.

Below a video and a selection of backstage pictures