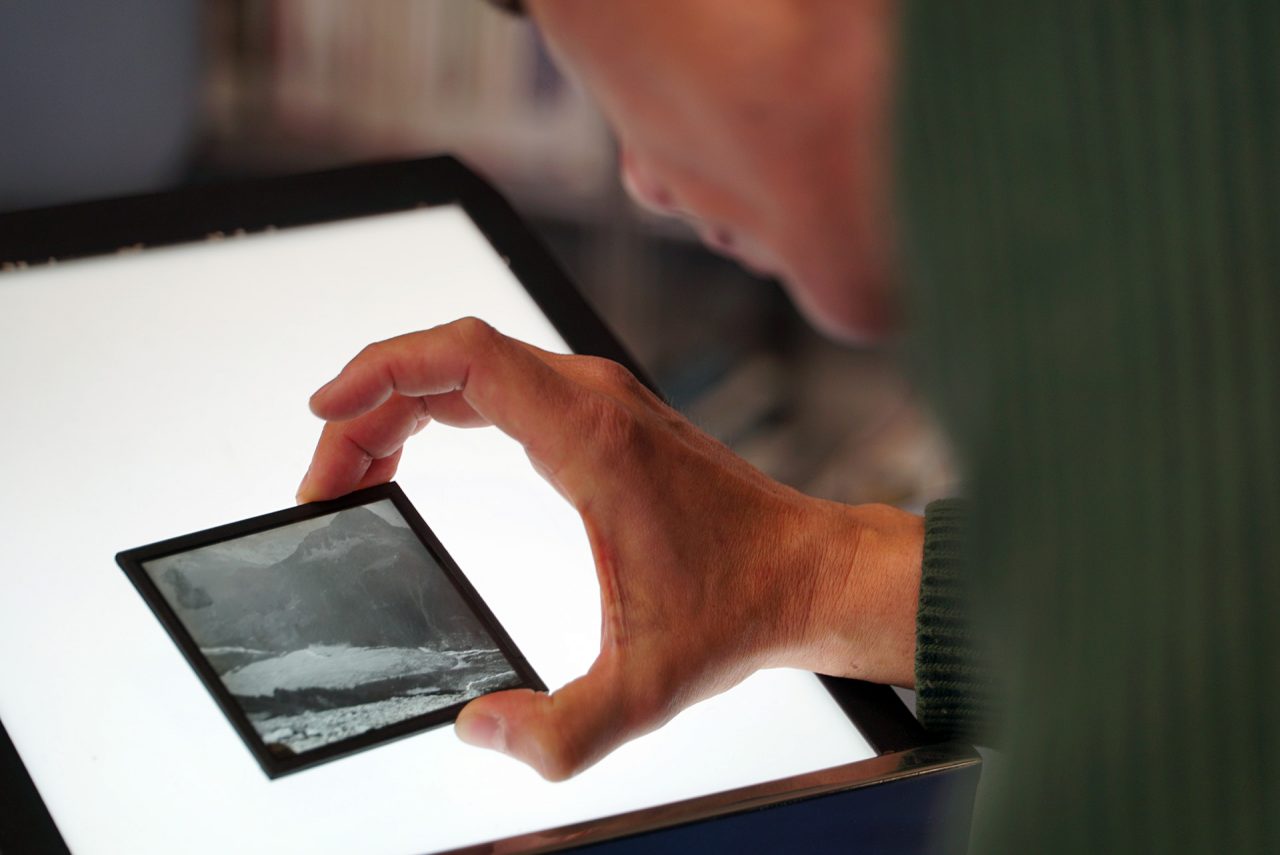 15,000 photos in 3 days. Not a bad start of the iconographic research work. Coming back from Piedmont, I can think of myself as satisfied with this full immersion in the historical archives of mountain photos: National Mountain Museum “Duca degli Abruzzi”, Modern Art Gallery and Italian Glaciology Committee. Three boxes of precious images of the most important mountain photographers.

For instance, the photographic archive of the National Mountain Museum “Duca degli Abruzzi” comprises 350,000 to 400,000 phototypes of various chronology starting from the 1840s-1850s, i.e. from the birth of photography until now. A special thanks to the archivists Valentina Varoli and Veronica Lisino, head of the Museum Documentation Centre – Italian Alpine Club of Turin, who helped me to make the necessary preliminary selection.

At the Museum, waiting the possibility to have a look at the Walter Bonatti’s archive, which at the moment is under cataloguing and digitalization process, I mainly focused on Alfredo Vanni, Cesare Giulio, Mario Fantin; at the Modern Art Gallery on Mario Gabinio and at the Italian Glaciology Committee on Umberto Monterin: they worked above all on the Western Alps during the 20th century.

It is indeed from such area that I would like to start my work for first at the end of July 2019 in order to anticipate what we are going to do during the official expedition of the project “On the Trail of the Glaciers – Alps 2020”. In this first pre-expedition stage we will mostly focus on the Mont Blanc, Monte Rosa and the Bernese Oberland.

Soon on this blog I will tell about the next stop, that is the work carried out at the Sella’s Foundation.

Here the video and a selection of backstage’s images