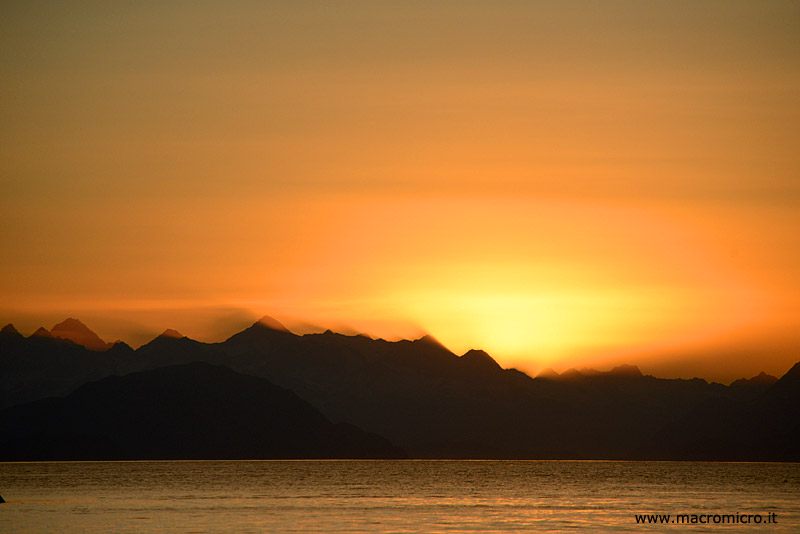 We set off again on the evening of the 29th of July. We make our way towards Muir Point with the aim of climbing up the slopes of Mount Wright and repeating history by taking a photo of Muir Glacier, like the famous one taken by Frank La Roche in 1893, exactly 120 years ago.  Jim and his Alaska Dream drop us off on a beach just before sunset. As soon as he leaves we find ourselves alone for the first time in the heart of the Alaskan wilderness. Feeling a little wary, we put up our tents and prepare dinner. Wilderness rules have it that you must cook and eat on the shore where the sea can wash away any smells, so as not to leave traces for hungry bears.  The following morning we venture into the fir and alder forest, taking advantage of the passages used by bears and deer.

The vegetation is very dense and as we are in a designated wilderness area, we must be careful when we move branches so as not to destroy them. With our backpacks full to the brim with photographic material, it takes us more than an hour to cover less than a kilometer in a straight line, it is exhausting. Luckily we get to the bed of a small stream where the vegetation is a little less dense due to winter avalanches. We make time by going up the middle of the bed, surrounded by puddles and slippery boulders and, to our utmost irritation, immersed in a cloud of annoying mosquitos and horseflies. We cannot leave the canyon till we reach the end of it, after about 700m in altitude. We get to a beautiful hill with a view that stretches out from Mount Fairweather, 4600m above sea level and one of the snowiest peaks, until the east point of Glacier Bay. At this point the glaciers are far away, more than 50 kilometers to the north while in the late 19th century they filled nearly all of the horizon. Now we can move laterally to find the right alignment with the historical image but we soon realize that La Roche had not gone up so high, the shot was made lower down from a hill, that had been rocky in 1893 but has now been completely overwhelmed by a dense forest of alders.

It is already 14:30 and trying to get to the hill would mean asking the local grizzly bears if we could stay the night, it doesn’t seem like a great idea. It is also very probable that once we get there, the vegetation totally blocks our view and makes it impossible to recreate the historical image. We make an extreme attempt to get closer moving along a ridge but our hopes of glory smash once again into a jungle of alders. After a long descent we manage to return to the beach around 19:30 and go to our tents totally worn out. The boat that should have come to get us is tied up and the nest possible lift will come the following night. We give up on the idea of trying to go up the hill again the next day, we don’t have any food and we need to take a boat trip around the area to find another way up. Fabiano manages to re-create some images from the late 800s of the beach where for a period the front of the Muir blocked the horizon. We think of the famous Frank la Roche photo that we haven’t yet taken for ourselves. Now we know where we have to get to but not if Fabiano will manage to take the exact photo. But we are not discouraged, we will try again.