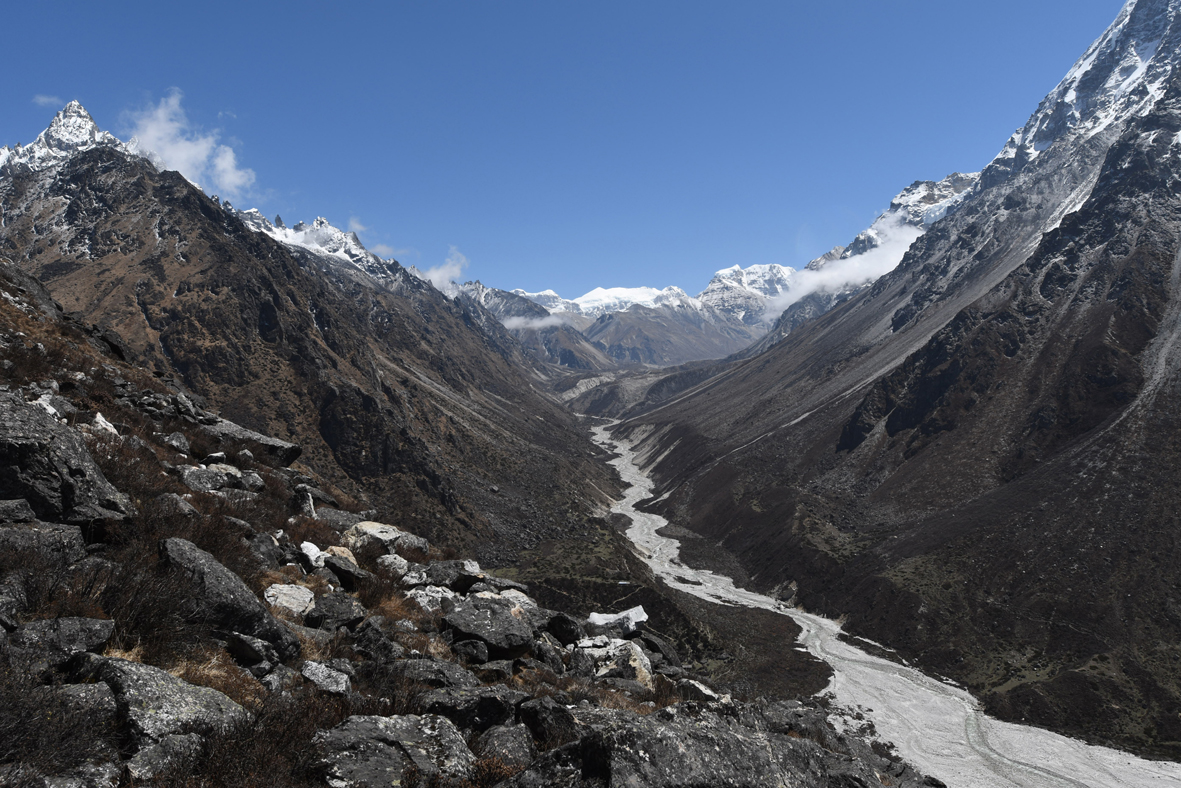 The area flanking the Banks of the streams and rivers we encounter as we climb the Ghunsa Khola valley include rocks that have come from further upstream, and are mainly metamorphic. We are now in the “Higher Himalayas”, which includes some of the planet’s highest peaks formed of this type of rock and, to a lesser degree, granite (igneous rocks).

Metamorphic rock is formed by solid state transformation (and hence does not undergo fusion) of different types of rock, e.g. sedimentary, igneous and metamorphic when subjected to extremes of pressure and temperature at depth – a process that can occur during the elevation of a mountain range such as the Himalayas.

Metamorphic rocks often appear in parallel layers of light and dark rock. The light layers consist of mineral elements rich in silicon and alluminium, while the darker layers are iron and magnesium rich. The layers owe their origin to the pressure exerted, and this can give rise to the formation of astonishing patterns, as can be seen in the gneiss formations, previously described by the English geologist Edmund Garwood when he visited the Kangchenjiunga valley as part of the expedition led by Douglas W. Freshfield in 1899.