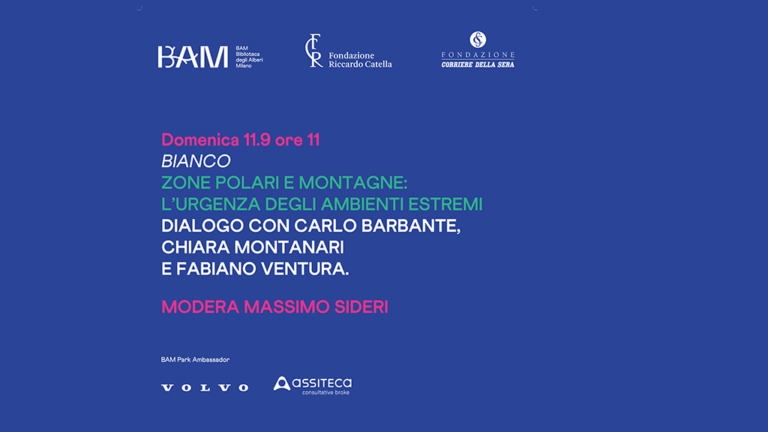 For those who were unable to follow the talk last Sunday, 11 September, we would like to share with you the full video at the second edition of “Dialoghi per l’ambiente“. The initiative, promoted by the Riccardo Catella Foundation and conceived by BAM – Biblioteca degli Alberi Milano with Corriere della Sera Foundation, was created to reflect on the relationship between Man, Ecosystem and Environment.

The meeting, titled “WHITE – Polar Zones and Mountains – The Urgency of Extreme Environments,” was moderated by Massimo Sideri in dialogue with Fabiano Ventura – President of the Macromicro Association and nature photographer, Carlo Barbante – Director of the Institute of Polar Sciences of the CNR and Professor at Ca’ Foscari University of Venice, and Chiara Montanari – Expedition Leader in Antarctica.